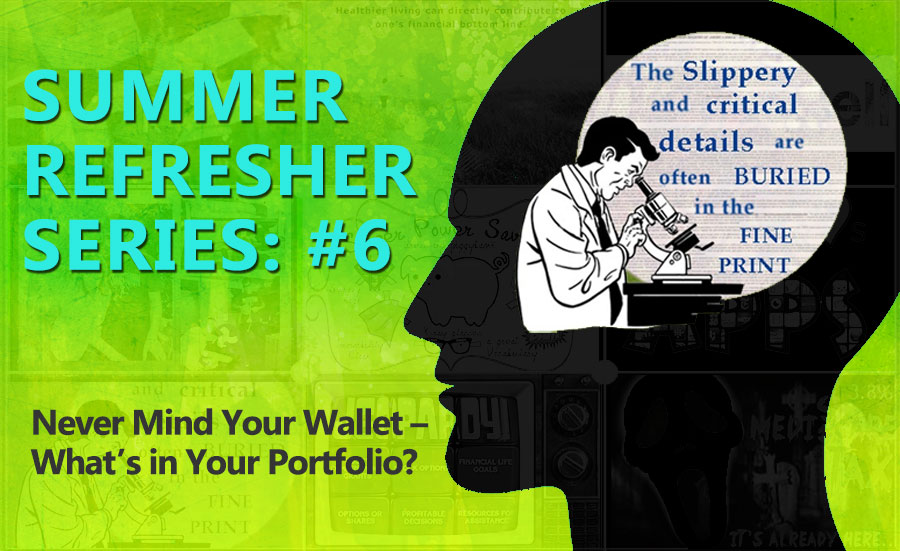 In some respects, we wish this piece weren’t worth re-posting. We’d prefer it if today’s investors no longer needed to be on the look-out for the opaque fees and conflicts of interest described.

Unfortunately, with only a few minor updates, the information is still as relevant today as it’s ever been. So even if you’ve read this before, we recommend revisiting this important message again. For extra credit, you may also want to read our more recent, similarly themed post, “Demystifying ‘Fiduciary’ Financial Advice.”

Love them or hate them, advertising campaigns can stick in your head. Like this one from CapitalOne®: “What’s in your wallet?” If you ask me, the better question to ask is: “What’s in your portfolio?” While you wouldn’t allow a $20 bill to be plucked from your billfold by marauding Vikings, it’s important to remember that you can lose plenty more if you turn a blind eye to excessive investment fees. I was reminded of how important when reading a startling case study shared by Ron Rhoades, JD, CFP®, “An X-Ray of one affluent, educated and sophisticated investor’s portfolio shows how it was chewed up by fees.”

As (then) assistant professor at Alfred State College and chairman of the Steering Committee of The Committee for the Fiduciary Standard, Rhoades is a formidable champion of investor rights. In his column, he provides a detailed analysis of “Janet,” a Fortune 500 retiree, and the damage done to her retirement portfolio in the form of buried fees. Rhoades described (emphasis ours):

Janet was withdrawing 3.5% from her investment portfolio annually, and she expected this rate of withdrawal to continue. Yet, given the high fees and costs of the overall investment portfolio, and its present asset allocation, I projected that the portfolio would likely only sustain (with its current asset allocation) a rate of withdrawal of approximately half the current amount. In other words, Janet was likely to outlive this portfolio.

This outcome was despite the many laudable steps Janet had taken to invest her generous lump-sum distribution wisely. As Rhoades describes in copious detail, she was no babe in the woods when it came to doing her due diligence. “Janet did all the right things,” he said.

So, if even an “affluent, educated and sophisticated investor” can get bilked, how do you avoid it? We encourage you to read Rhoades’ entire column. Besides being insightful, it reads like a high-end murder mystery, involving betrayal, tears and Congressional testimony. But to summarize his most telling findings, the twist comes in large part when he reveals the true identity of the advisor relationship selected.

Janet knew to seek out a fiduciary advisor. She knew that meant they’d be duty-bound to serve her highest interests. And she knew to inquire about fees, which were presented to her as a relatively reasonable 0.85 percent annual fee on her assets under management. Still, upon closer inspection of Janet’s total holdings as well as various reports and required disclosures, Rhoades identified that only a portion of the firm’s services were truly fiduciary. The firm was actually “dual-registered.” That meant they were serving as a fiduciary Registered Investment Advisor for two of her IRAs, but also holding and reporting to her on two brokerage accounts that were neither subject to a fiduciary level of care nor included in the 0.85 percent fees quoted. Outside the scope of the fiduciary services, these accounts were exposing Janet to numerous additional fees and conflicts of interest that were easily exceeding 2 percent in total fees and costs – more than double what she’d been told.

The bottom line? As Rhoades’  article (and real life) illustrates, there is no money-back guarantee on the decisions you make – even when those decisions are well-informed and carefully wrought. But we can offer some thoughts to help you make the best possible choices for your money management:

Don’t be fooled by the term “fee-based,” which requires closer inspection. Fee-only means the firm is being compensated exclusively by the direct fees that you pay them.¹ Fee-based may mean the firm is also being compensated by additional third-party incentives that may or may not be readily apparent.

How can you tell which is which? Technically, firms are required to disclose the nature of their relationship with you and their sources compensation in their Form ADV. Similar to every fund publishing a standard, regulated prospectus, every investment advisor firm must complete a standard Form ADV.

But, as in a prospectus, the slippery and critical details are often buried in the fine print. Close, informed inspection is warranted. When you are exploring a new or existing advisor relationship, we recommend seeking an objective, third-party professional to help you with your due diligence.

Another helpful starting point is to choose from among members of the National Association of Personal Financial Advisors (NAPFA). NAPFA requires its members to be strictly fee-only, which prohibits dual-registered firms from joining.

A final tip we can offer is to seek relationships with an advisor who demonstrably heeds the advice of entertainer Will Rogers, when he said, “Live in such a way that you would not be ashamed to sell your parrot to the town gossip.”

What else can we tell you? Give us a call, and we’ll talk.

¹In formal language, NAPFA defines a fee-only financial advisor as “one who is compensated solely by the client with neither the advisor nor any related party receiving compensation that is contingent on the purchase or sale of a financial product.” 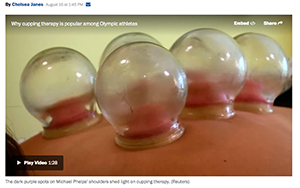 SAGE Serendipity:  Michael Phelps’ purple cupping circles at Rio are apparently not so uncommon in modern-day America. The Washington Post wrote about their Nationals baseball players who have been doing it for years.  “Nationals players were into cupping long before Michael Phelps made it famous”  Let’s not be surprised if we see these purple splotches on more casual athletes in the coming months.