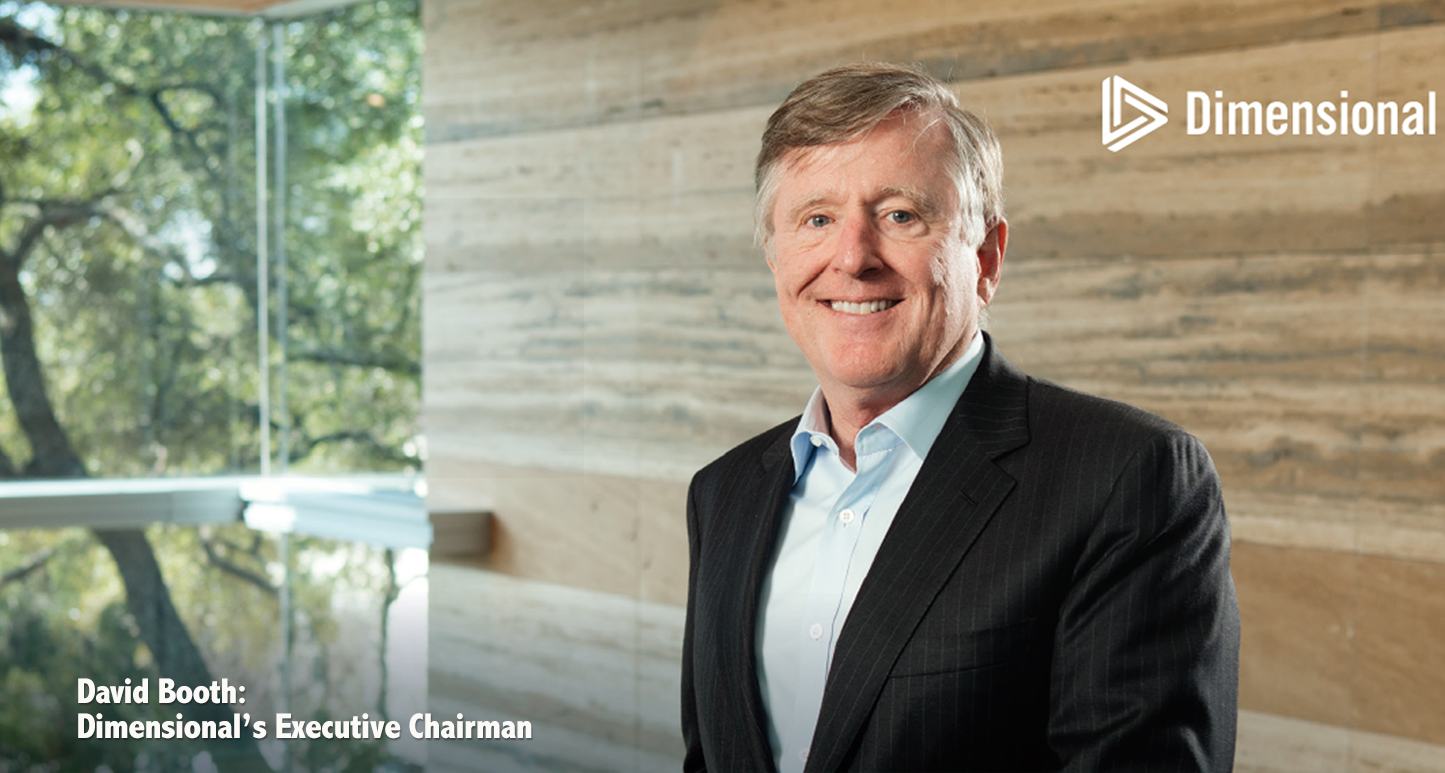 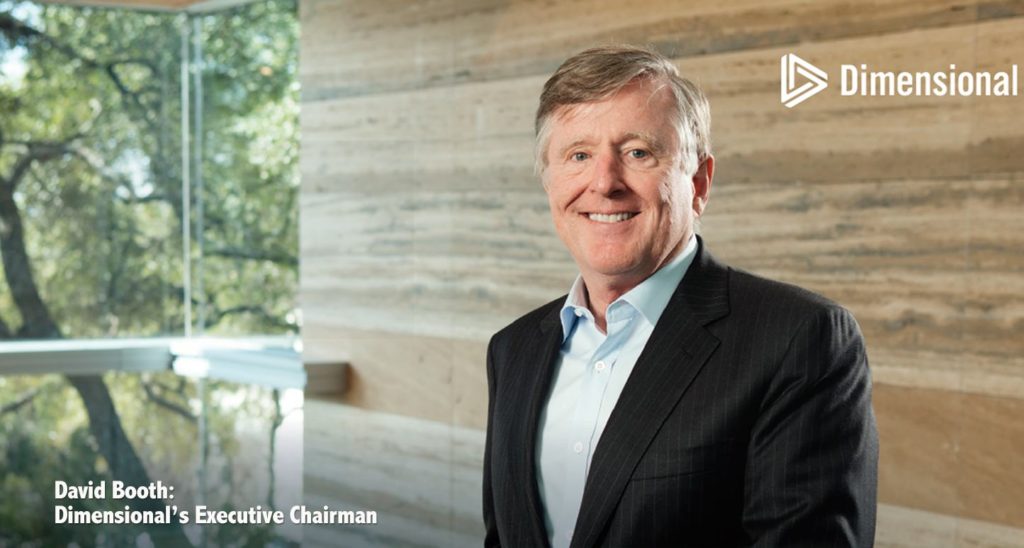 Legend has it that news anchor Barbara Walters once asked author Isaac Asimov what he would do if a doctor told him he had only six months to live. “Type faster,” he replied.

Are you one of the fortunate few whose career completes you, as Asimov’s did? As I introduced in last week’s post, full retirement isn’t for everyone. To spin off of Robert Frost’s classic poem, I could point to innumerable women and men who have chosen the road less retired. And for so many in my own profession, among my literary favorites and across any other walk of life you might imagine, that has made all the difference.

Today, I’d like to share the tale of one colleague who is walking along that road less retired: Dimensional Fund Advisors’ Founder and Executive Chairman David Booth.

Once upon a time (in the late 1970s), a youthful David Booth was on track to become an economics professor when he experienced an epiphany: “I’d rather apply ideas than teach them.”Thus began Booth’s adventures as co-founder of Dimensional Fund Advisors, where he introduced an edgy new way to apply traditional academic rigors to investment management. As described by one of his financial colleagues, United Capital founder Joe Duran, “I’d put [Booth] up there with other icons like John Bogle: He completely changed the financial services industry.”

Fast forward to 2016 when Booth, approaching age 70, received an Investment Management Lifetime Achievement Award from Institutional Investor for his pioneering fund management. Most of us might take the hint: Shouldn’t a lifetime award mean it’s okay to call it quits?

David Booth is simply not most people.

Earlier this year, he did step away from the daily melee as co-CEO of the firm. But he remains firmly in his seat as Dimensional’s Executive Chair, including recently publishing his first Letter from the Chairman. At the time, he was asked whether the next step would be retirement. His response: “No, they’ll have to drag me out of here … This just enables me to serve longer, with less stress,” he replied.

Then he added one telling word: “Hopefully.” 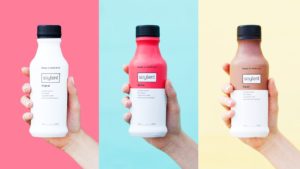 SAGE Serendipity:  Soylent, a meal replacement drink product, is now being sold in some 7-Eleven stores.  If you are old enough to remember the 1973 sci-fi movie Soylent Green, the image of Charlton Heston screaming “Soylent Green is made out of people” would surely put a damper on swallowing this particular nutritional drink.  A Vice.com correspondent made a short video about living off Soylent for 30 days à la Morgan Spurlock, the filmmaker who ate McDonalds for a month in his movie Super Size Me. Nutritional drinks have been around for awhile but maybe this is the first one that began by crowdfunding.